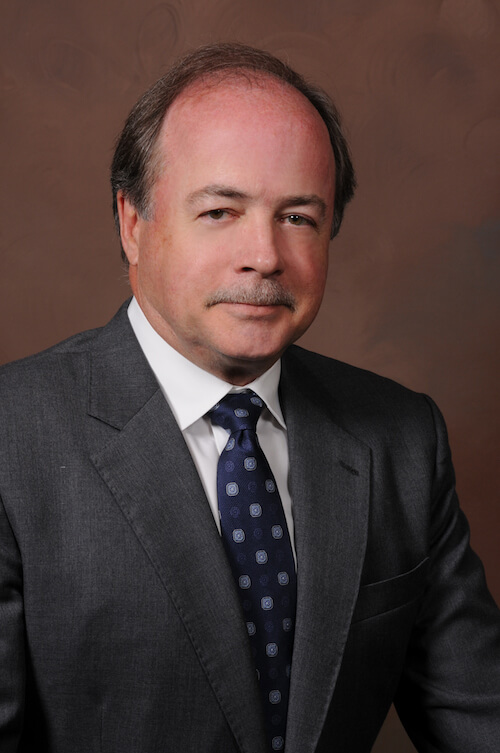 Attorney Gary Monaghan has been practicing law in southwestern Pennsylvania since 1981. A graduate of the University of Dayton School of Law (J.D. 1981) and Pennsylvania State University (B.A. 1976), he is a founding partner of the Monaghan law office, and for 35 years, has concentrated his practice in the areas of Workers’ Compensation and Social Security Disability.

Throughout his career, Attorney Monaghan has been involved in various community and local service organizations. He is a former Chief Volunteer Officer of the Uniontown Area YMCA Board of Directors, and past-Chair of the Penn State Fayette, The Eberly Campus, Advisory Board.

He is a lifetime resident of Fayette County. He and Louise live in Uniontown and have four children and three granddaughters.

Throughout her career, she has been involved in numerous community and local service organizations. In 1993, she was the recipient of the Fayette Chamber of Commerce Herman M. Buck Community Service Award. She is the former Chair of the Uniontown Hospital and Fayette Regional Health System Boards of Directors, and is presently Vice-President of the Fayette County Bar Association and Chair of the Professional Ethics Committee of the Fayette County Bar Association. She also serves on the Boards of Directors of Unlimited Housing for the Elderly and Unlimited Senior Housing.

Our Experience Makes The Difference. . ..